Variation is at the root cause of almost all waste in manufacturing and business systems.  It is no coincidence then that variability reduction is the foundation for the Toyota Production System (Lean Thinking) and its success in continuously reducing waste.  Two games of chance with dice and cards illustrate the linkage between variation and waste.

The first game is a single piece flow system with five machines.  The output of each machine is represented by the total of two dice. 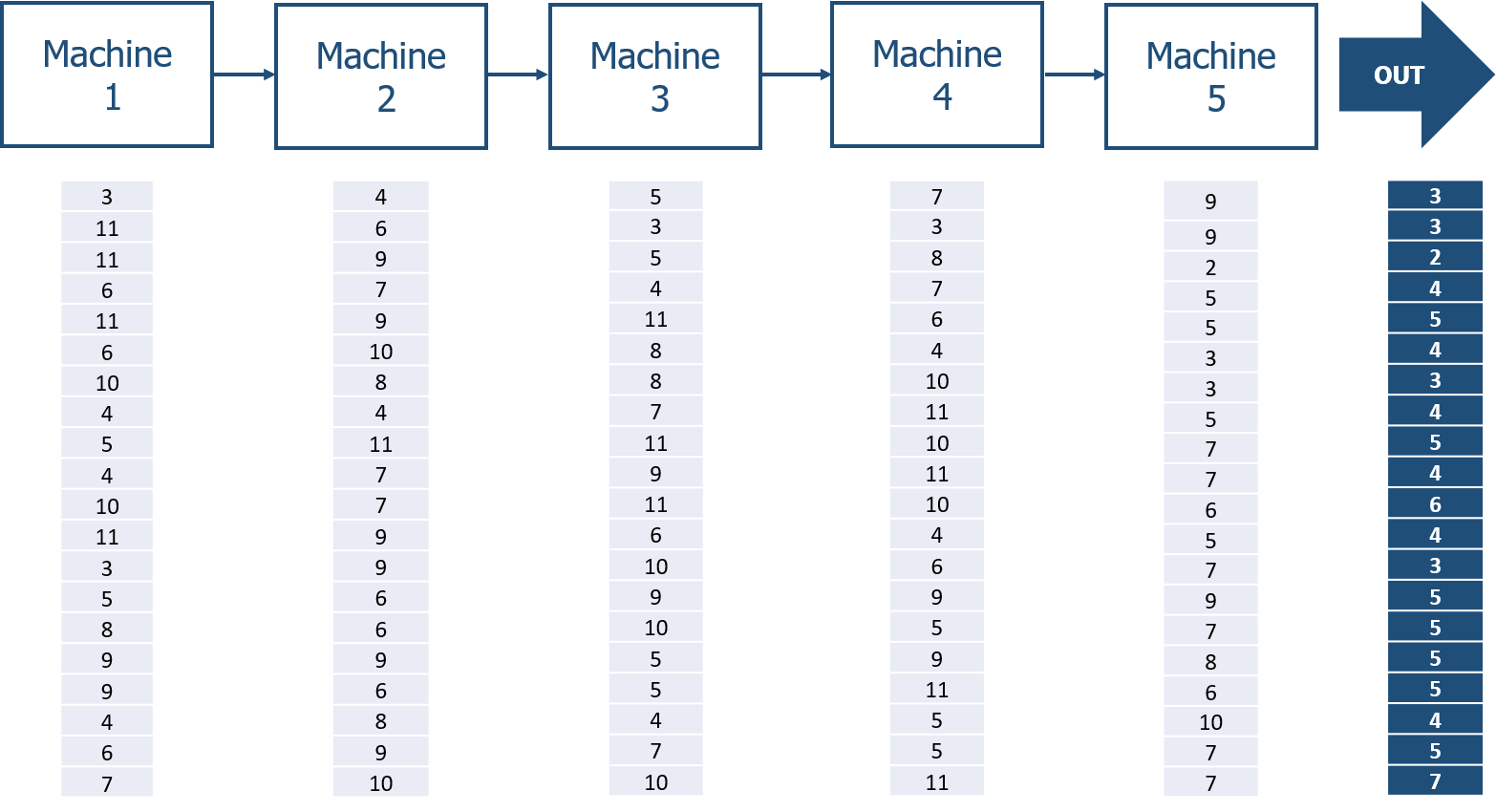 The average of two dice, of course, is 7.  However, our five-machine system only averages 4.3…a 38% loss!  Why?  Variation and waste.  In single piece flow, no machine can outproduce another.  Production is lost through waiting losses (blocks and starves) when the machines interact with each other.  Balanced and dependent systems are surprisingly common.  They never work as expected.  In isolation yes, in combination no is a key lesson from Theory of Constraints.

The second game is a system of three machines feeding an assembly area.  The output of each machine is represented by the draw from a deck of cards.  In order to assemble a product, all three cards must match.

Each machine is produces one card per time period.  Jokers represents a defective product and cannot be matched.  The decks are shuffled so the three output sequences are independent.

Quite a few cards collect (to the right of the decks) before there are matches for the assembly machine to assemble (to the left of the decks).  Work in process inventory (WIP) and lead time are horrendous.  Throughput suffers as the assembly area waits for matches.  In isolation, each machine is successfully producing cards.  In combination, the system is performing poorly.  Variation and waste again.  This time the variation is in sequence, but the waste is equally dramatic.

Variability reduction is a big part of my day job as a Professional Engineer.  Visit my Operations Engineering page for methods and case studies.  While variation is always present, robust systems can be designed  to minimize the linkage between variation and waste.