After a crazy busy summer with the FF50th, I am finally moving into my home office. In addition to finding my slide rule, I have rediscovered so many great books! Here are three great books from my personal library: 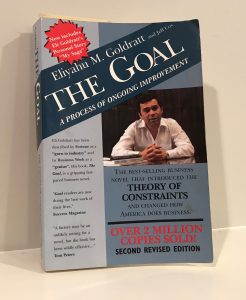 The Goal by Eliyahu Goldratt. The first book on Theory of Constraints. Very cleverly written as a novel, not as a text book. “In isolation yes, in combination no” is a lesson that I apply (successfully and profitably) over and over again. 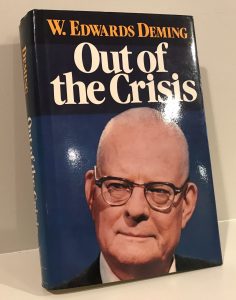 Out of the Crisis by W. Edwards Deming. Deming’s values and clear thinking provide timeless direction. Correctly categorizing variation (common cause vs special cause) keeps me out of a lot of trouble. 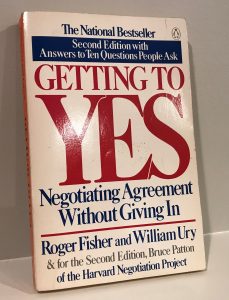 Getting to Yes by Roger Fisher and William Ury. This is a great book on how to get things done: focus on common interests, create win-win options, consider alternatives. Don’t leave home without a BATNA!

What great books are on your shelves?  Click on the GET IN TOUCH button below.

All manufacturing and business processes contain many sources of variation. The differences may be so small as to be difficult to detect, but they are there. To successfully reduce variation, its sources must first be understood (common cause vs special cause). Less variation, less waste, more profits.

Common Cause vs Special Cause

Statistical control is not a natural state. All processes are under relentless attack from special causes.  Confusing common causes and special causes results in one of two mistakes:

(1) The first mistake is to assume variation to be a special cause when it is in fact common cause. The mistake of over adjustment leads to more variation and time wasted looking for a reason for a defect when there is no single assignable cause.

(2) The second mistake is to assume variation to be common cause when it is in fact special cause. The mistake of under adjustment is a lost opportunity to find and eliminate a special cause. Special causes are not always present so it is best to start looking for them right away before the trail grows cold…

This distinction is not often obvious. A machine breakdown could be common cause. Walter Shewhart invented control charts to measure common cause variation and detect special cause events.