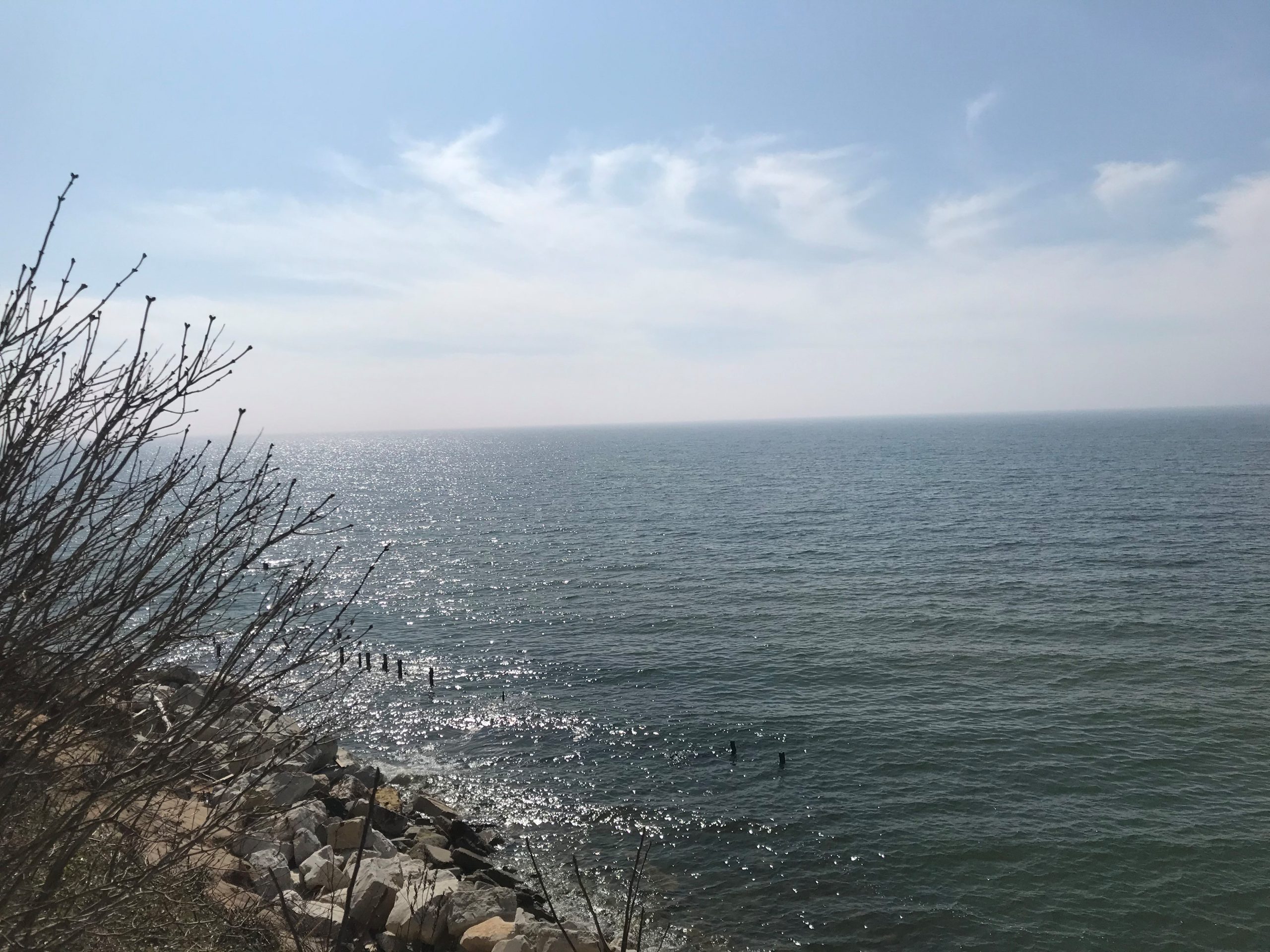 Record high Lake Michigan water levels and dune erosion have been big concerns along the “north coast” in recent years.  As beaches disappeared under the rising water, homes near the shoreline were threatened. 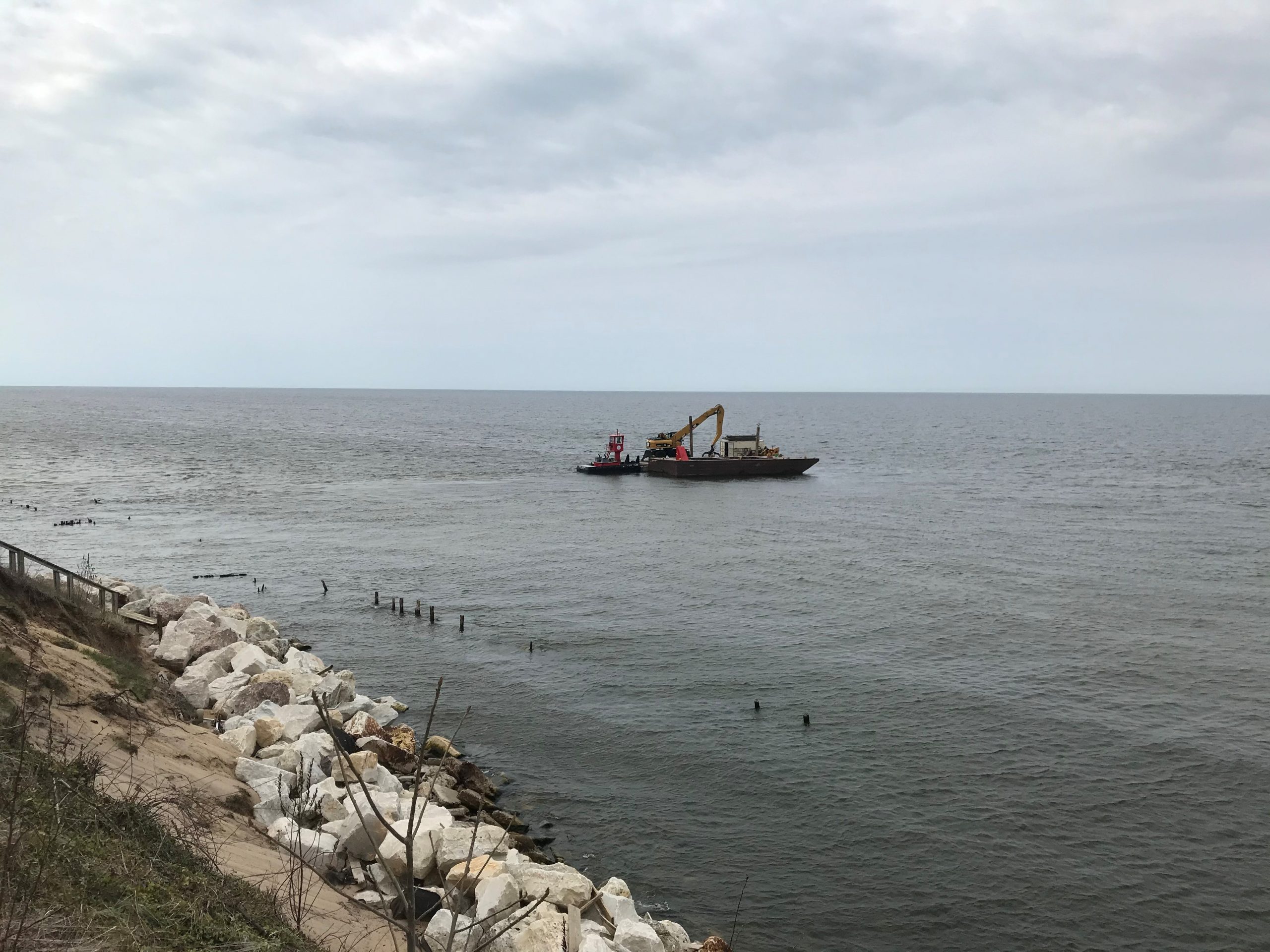 Property owners resorted to armoring the coastline with huge boulders to dissipate wave energy.  In some cases, cranes on barges were required to place the boulders.

I finally got around to doing a statistical analysis on Lake Michigan water levels using data from the United States Army Corps of Engineers.  For years, control charts have been in my operations engineering toolkit.  Why not apply statistical process control to a natural phenomenon?

An X-bar & R chart is commonly used to measure the magnitude of common cause (random) variation and to assess statistical stability (constant probabilities).  For a sample plan, I used one data point per year in subgroups of five.  That is, each data point on the X-bar chart is an average of five years and each data point on the range chart is difference between the highest and lowest value in that five-year period.  With 103 years of data (1918 to 1921), this sample plan provided twenty data points, the minimum required to calculate control limits. 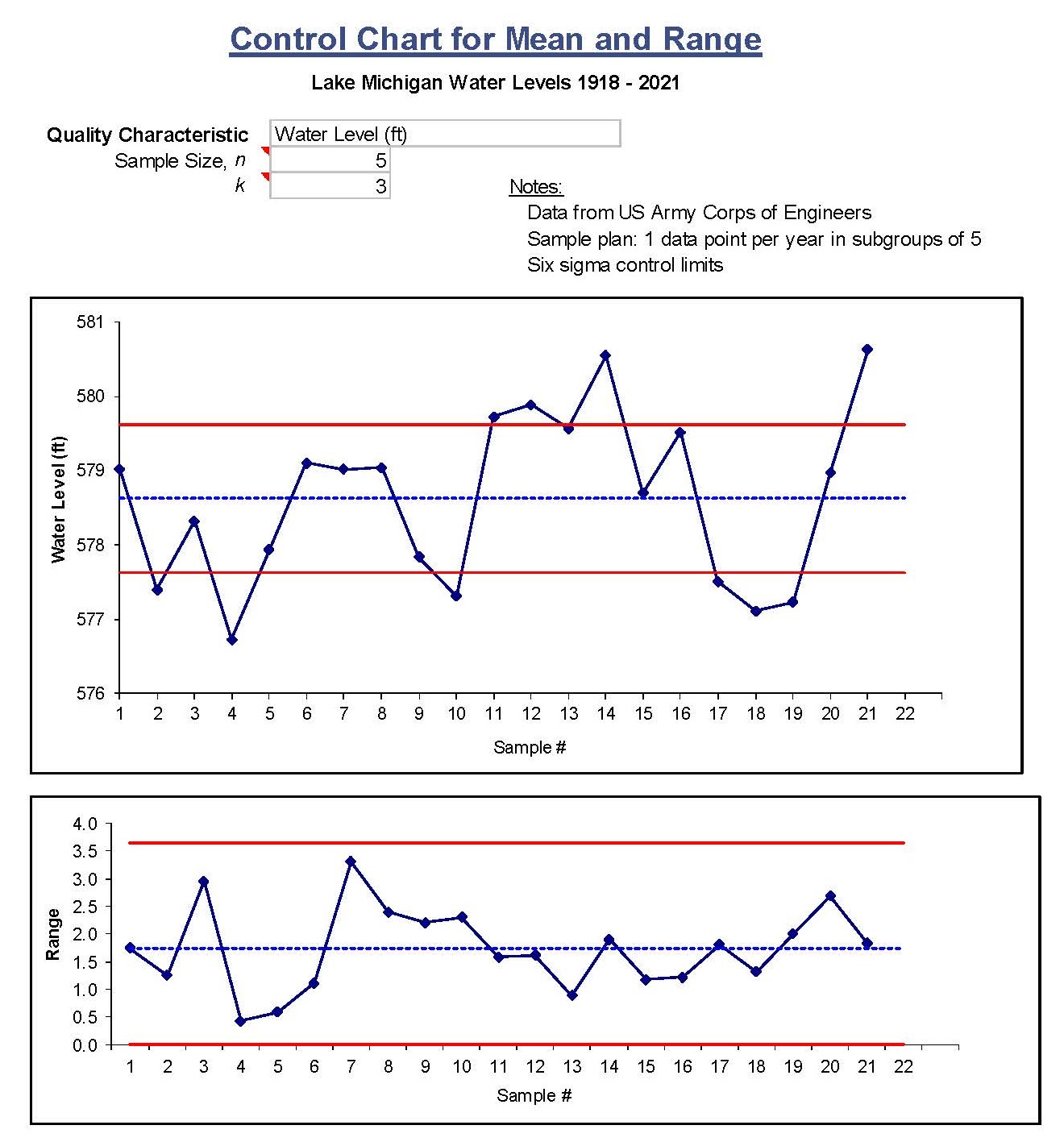 The range chart (bottom) is in control.  All points are within the control limits and there are no trends.  This means the magnitude of year-to-year water level variation has been constant over the last 100+ years.

On the other hand, the X-bar chart (top) does not exhibit statistical control.  While it is mean centered with no trends, there are multiple points (4 above and 6 below) outside the control limits.  This suggests that the five-year sample plan has underestimated the range.  In other words, the within subgroup variation did not entirely capture the common cause variation in Lake Michigan water levels.

In retrospect, this is not surprising.  While 103 years seems like such a long time, it is not even an instant from a geologist’s perspective.  A sample plan with a longer duration appears to be called for but then there would not be enough subgroups to calculate control limits.

Given that the range chart is stable, I suspect that the X-bar chart (i.e., average water levels) would be too if we had data sampled over a sufficiently long period of time.

Others are interested in the Great Lakes.  Enough, apparently, to warrant a scientific publication, the Journal of Great Lakes Research.  In it, I found an abstract that supports my hypothesis of stable Lake Michigan water levels: “Historical Variation of Water Levels in Lakes Erie and Michigan-Huron” by Craig T. Bishop.

From this abstract I learned that the earliest “reliable” Great Lakes water level data were recorded in 1819.  From historical and archeological evidence, Bishop concludes that “… over at least the last 1,800 years, climate-related variations in maximum mean annual water levels have probably not exceeded those measured on Lakes Erie and Michigan-Huron since A.D. 1819.”

That sounds like Lake Michigan water levels have been stable for a long time.  In 2022, the water is down from record levels and beaches are reappearing.  The spectacular sunsets never left. 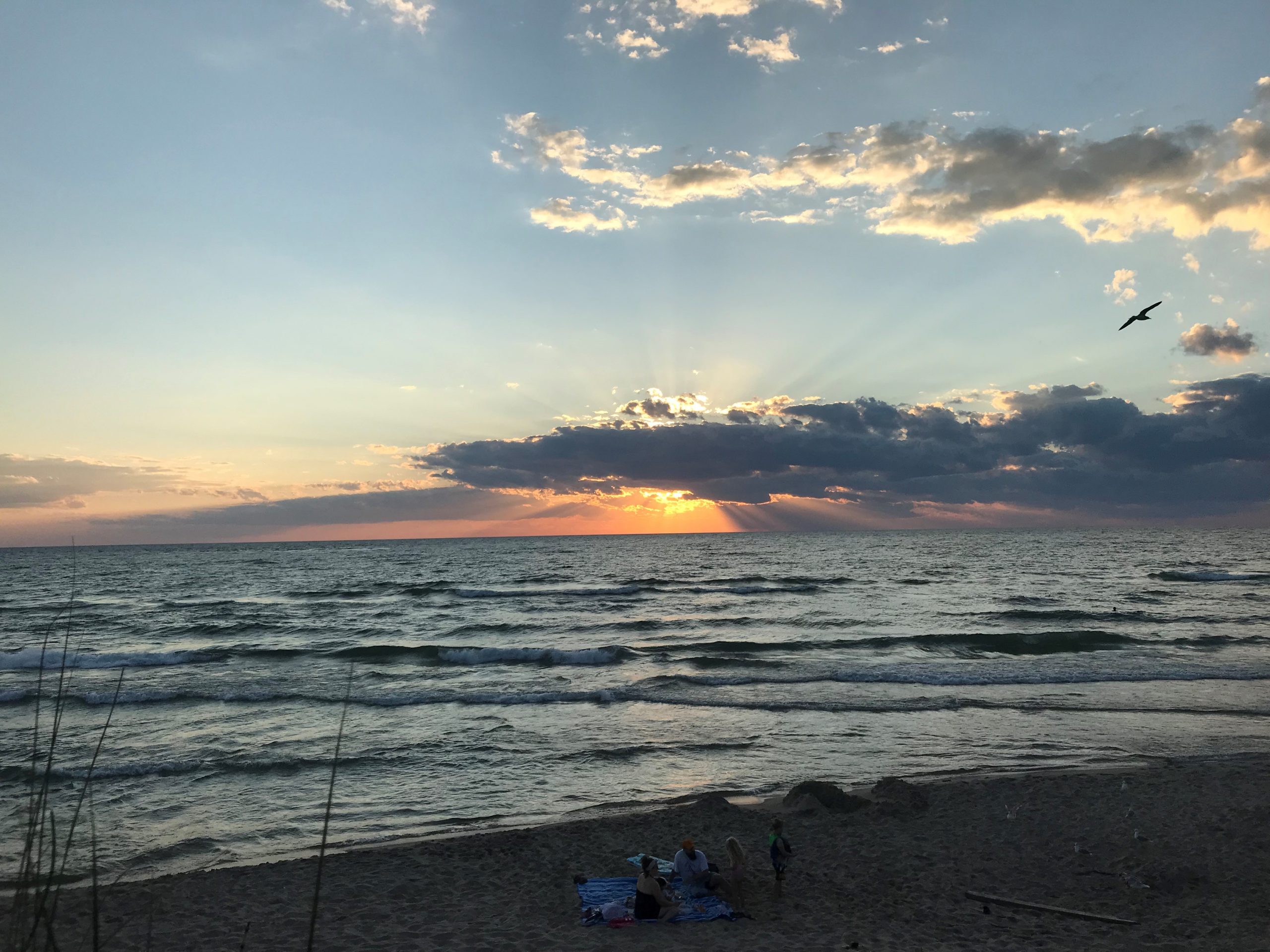 If you would like to perform your own statistical analysis on Great Lakes water levels, click HERE for a link to the United States Army Corps of Engineers data set.

Discrete Event Simulation is a portal to the future: find constraints, test strategies to break them, improve performance to the goal, maximize investment returns, and reduce risk. Shown below are three powerful simulation output reports.

Volume Histogram. The volume histogram is the first to two methods used to validate a simulation model against its real-world process. How production counts vary over time is an important metric…the less uncertainty the better.  The volume histogram provides a qualitative comparison of the hour-to-hour variation in volume throughput. 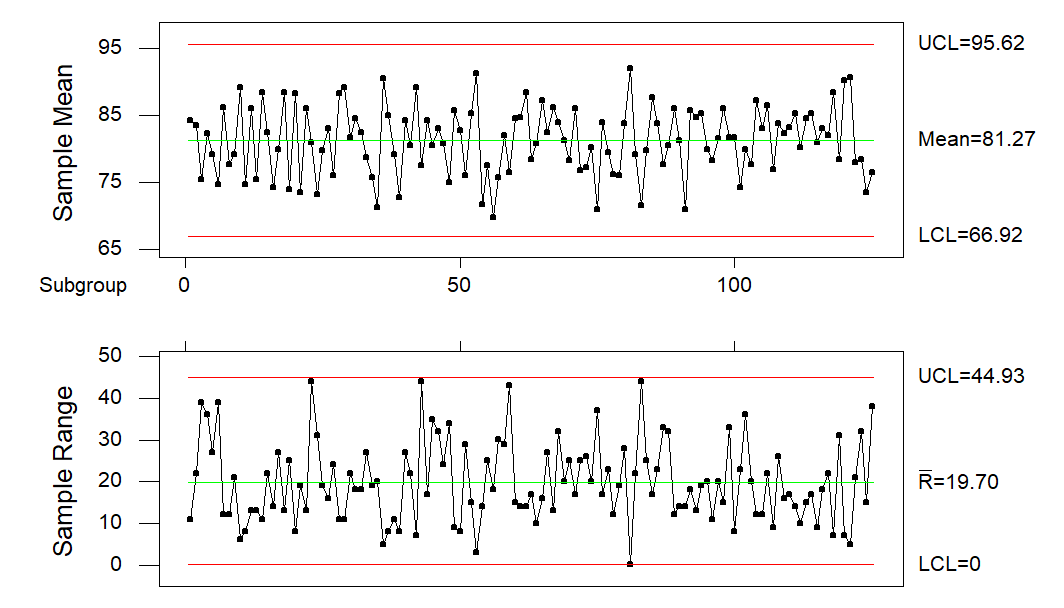 These three simulation output reports are the foundation for a Plan-Do-Check-Act continuous improvement of the simulated manufacturing or business process. Simulate, validate, and experiment. A robust solution will follow. 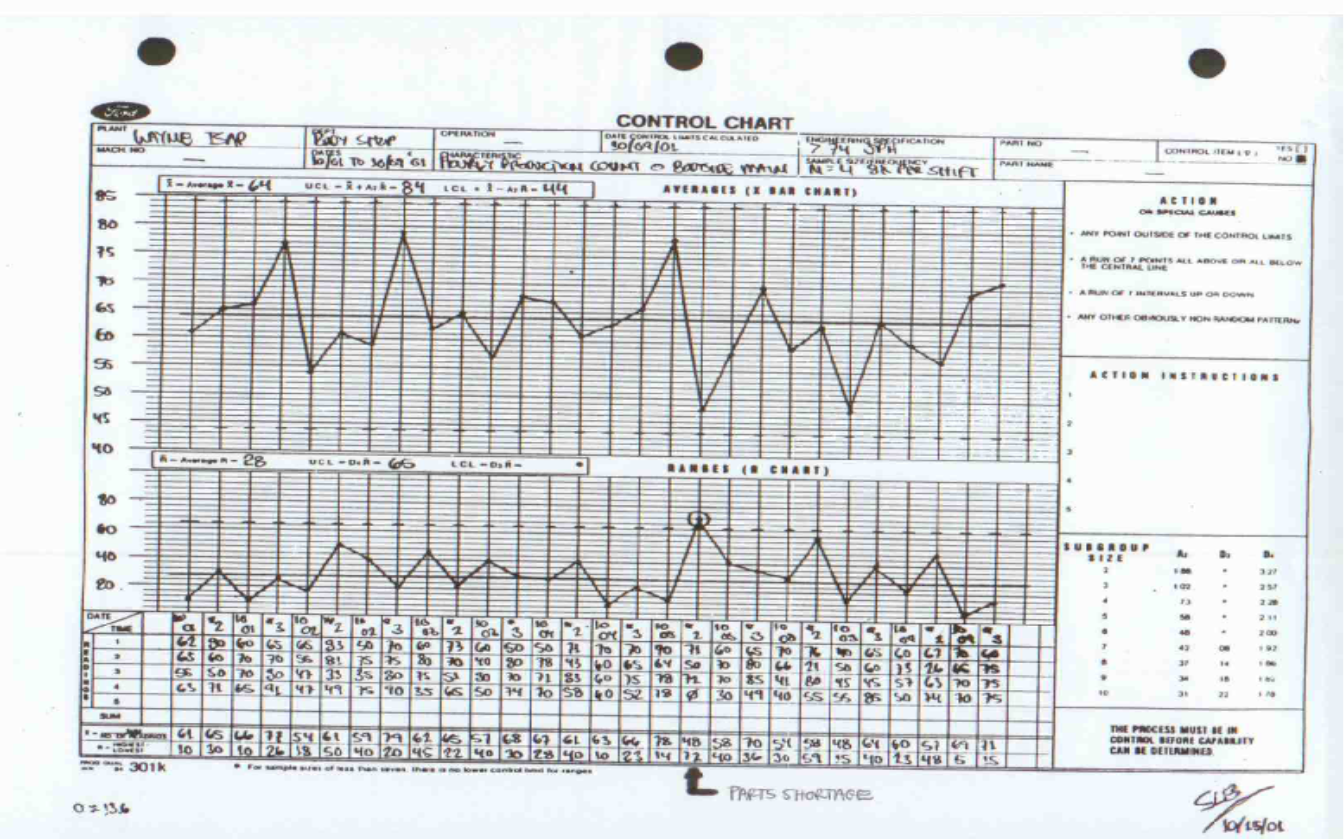 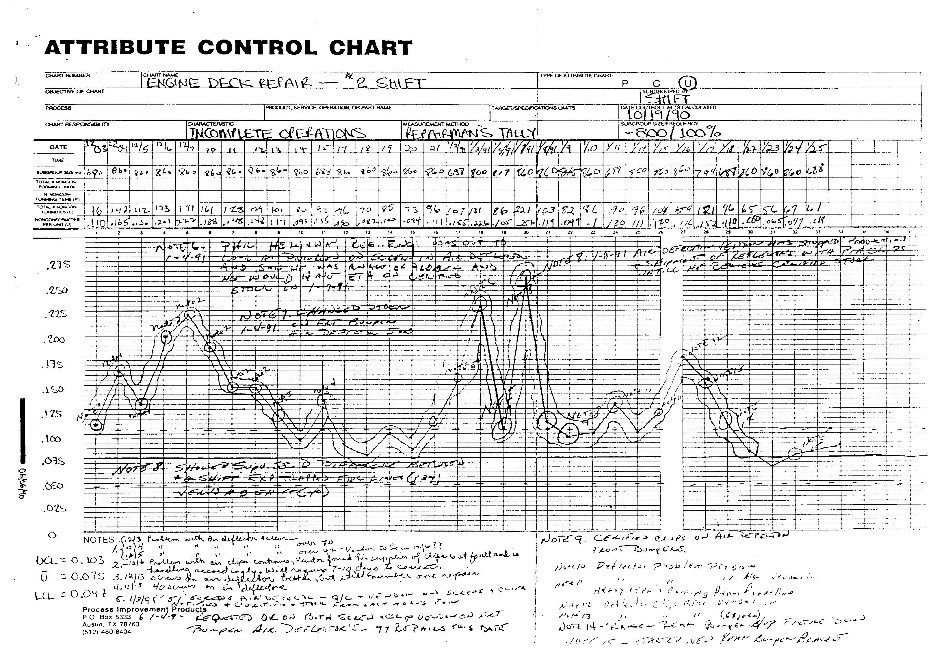