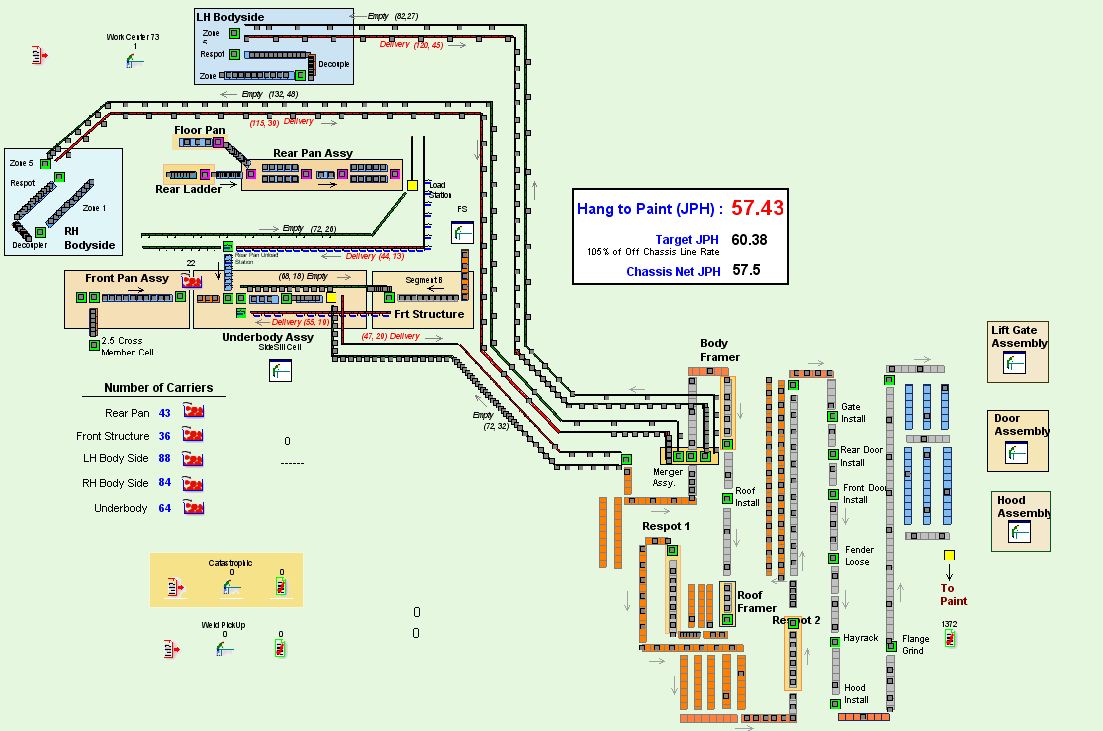 A discrete event simulation is built by connecting modeling elements (machines, conveyors, buffers, parts, people, etc) in the process flow logic. Next the performance of each element is described with variables such as cycle times, downtimes (MTBF or MCBF and MTTR), changeover times, conveyor min/max/floats, buffer sizes, shift times, etc. A Value Stream Map organizes most of the data required to build a discrete event simulation model.

What-if experiments are easily performed by making changes to the input data set (typically an external Excel spreadsheet) and then re-running the model. Discrete event simulation is a versatile tool equally applicable to both manufacturing and business processes.